How keeping it human can deliver real business results

Thursday the 15th Feb saw the coming together of our Midlands network for the first time! It was great to see over 70 people spanning from companies such as the BBC, Siemens, Tesco and the National grid to prove that employee engagement is now an integral part of national organisations of all sizes and sectors.

Ruth Dance (MD of the Employee Engagement Alliance) welcomed us all, introduced the panel and explained a little about the theme: “We ran an event in November and the big question was ‘What does engagement look like in 2018?’. With all the amazing new technology that is available to us, there was a lot of talk about employee surveys, data analytics, AI and trailblazing apps. While all this technology can be fantastic in supporting, delivering and elevating engagement the answer that we kept coming back to is that we’re still working with people. Whilst there’s going to be a huge drive in technology this year we need to remember to keep it human.”

Put your people first and get real business results.

Our hosts for the day PKF Cooper Parry are changing the face of accountancy. The presentations began with their CEO Ade Cheatham who showed how their focus on people  has given them tangible business results –growing around 30% year on year since they began this culture first strategy. Ade took us through his time with PKF Cooper Parry beginning with his first day 13 years ago. What he described is millions of miles away from the office we were sitting in: small dingy rooms and red-tape bureaucracy – it’s hard to believe he is talking about the same firm.

He described the pivotal moment of change when a new group of management emerged who wanted to leave tradition behind. He took us through their journey and the period of growth as the firm grew rapidly and expanded geographically only to be hit by the recession and lose 44% of their employees in 12 months. The painful time became a catalyst for change and moved business focus from putting clients first to putting their people first in order to rebuild the business. Ade explained that putting people first, means they focus on outputs and behaviors not hours worked. They also try to ensure that everyone is in role where they’re playing to their strengths. The Gallup research shows, when you love what you do and use your strengths at work, you’re  6 times more likely to be engaged at work, 10 times more productive and more importantly, 3 times more likely to have an excellent quality of life. It’s fair to say, you can’t really get a more human approach than that!

It is this focus on culture that is striking about Cooper Parry today. It’s impossible not to be struck by the vibrancy of their office which is filled by equally vibrant people. With policies such as unlimited holiday, email curfews and an open dress code of simply ‘Wear Something!’, Ade explained how this nontraditional approach has built the business to be the No. 1 firm of accountants and business advisers in the Midlands and how it’ll lead them to achieve their focus on becoming a business that is 10 times the size in just 10 years.

How can engaged minds really make a difference to your organisation?

Following up from Ade, Amy Brann, Neuroscience expert and author of ‘Engaged’, ‘Make Your Brain Work’ and ‘Neuroscience for Coaches,’ brought up an important point. “In a lot of conferences now, case studies such as this are shown and people attempt to emulate them. But, which bits they emulate may or may not get them the results they are looking for.” In other words installing a sports bar or putting trampolines in the floor isn’t necessarily going to give you the same culture as PKF Cooper Parry.

It is critical for organisations to have alignment from their desired result right through to the environment they create. If you create an amazing work-space but don’t mentally free people up to use it, your people won’t benefit and neither will the business. She explained how dopamine drives and reinforces behaviors such as: focused attention, increased memory and heightened learning state. If your employees are fully engaged you will be able to harness all the benefits of this brain state and achieve similar business results to PKF Cooper Parry.

How will artificial intelligence affect your employees?

To close Amy spoke about artificial intelligence. “If we are talking about keeping it human, we must also consider what effect new technology is going to have on the workplace. Although its an exciting time, for many it is also a worrying time. Why? because many organisations aren’t treating their people like people. If they aren’t treating their people like humans its going to be very easy to replace them with AI and not necessarily do it in intelligent ways. Technology is rapidly accelerating to mean that any jobs that involve high data and high repetitive tasks can be replaced by AI. What are you going to do that makes your organisation competitive in this changing marketplace? We are intentionally shaping our brains on a daily basis, therefore we can start intentionally wiring our employees brains to ensure that when these machines are ready to enter our industry, we are ready to adapt and have the right mindset and skill set that will support what machines will provide.”

Ian Allison, Creative Director of Instinctif Partners, added, “What will ‘keeping it human’ mean in the age of AI and convergence? To Amy’s point, I’m still surprised how many organisations we work with who aren’t doing things in a human centered way. They still talk about engagement as something that is done to people not something that you get people to do together. You have to be working in a human way in order to get people to the next stage which, if this is going to support humans in engaging and doing our work, we have to be doing things in a human way to start with.”.

Trust your people to come up with the answer.

Ian spoke about the importance of involving your people when making changes. He began by speaking a little about branding and what it means today “Branding is now a promise being made which must align with an experience. For example when talking about recruitment, we promise a different way of working and we have to deliver on that.” He explained how a co-creation approach can help to deliver these results. Traditional linear branding processes tend to keep out the voices that may oppose, but Ian pointed out that it is in fact these voices that are perhaps the most important in making a successful change. Ian suggested these key points to follow:

And perhaps most importantly..

The three elements to consider as part of your communications.

Simon Andrew, Insight & Engagement Director at Benefex opened with a story of his teacher Mr Smith took all the children outside and told them to look around the playground. The children found coloured packages filled with plasticine which he told them was pieces of ERPOW that had come from outer-space. As well as being an adorable story and a lot of fun for those lucky members of the audience who got to keep a piece of ERPOW for themselves, the experience got the best out of the children by doing something a little different.

The story unpacks a few elements that we can build into practice with employees. Three elements to consider as part of communications are autonomy, interaction and emotion.

Simon then talked us through 2 case studies with E.On and plusnet where following these principles to deliver innovative and interactive campaigns drove impressive results.

After the presentations an inspired audience asked many insightful questions in our panel discussion. The networking, sharing and relationship building continued into the evening with delicious drinks and nibbles provided by our fantastic hosts PKF Cooper Parry. (Just after participants had a bit of fun knocking the wall down.)

A huge thanks to everyone for attending, in particular our panelists Ade, Amy, Ian and Simon. 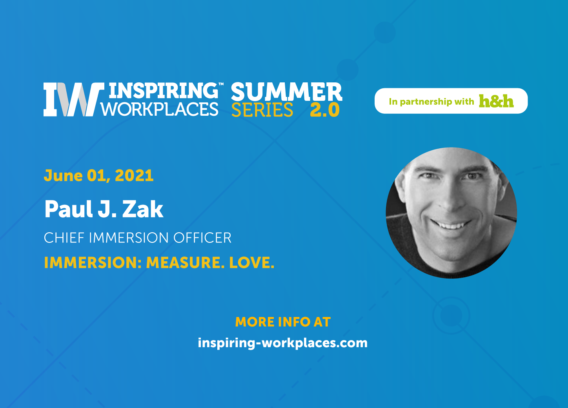 On Demand Video: The Neuroscience of Trust | Paul J. Zak

For the first talk of our 6-week-long Summer Series: 25 minute daily talks all throughout June, we had a session […] 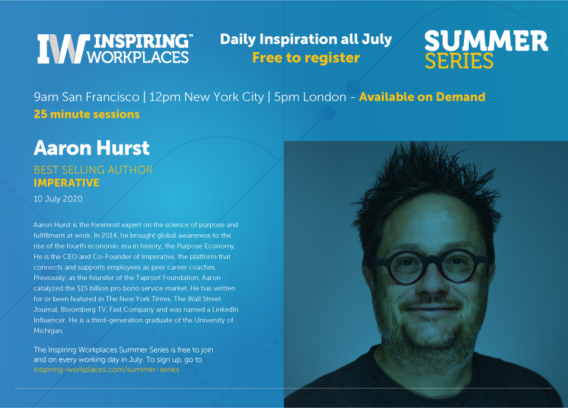 Today marked the end of week 1 of our month-long Summer Series: 25 minute daily talks all throughout July. This […] 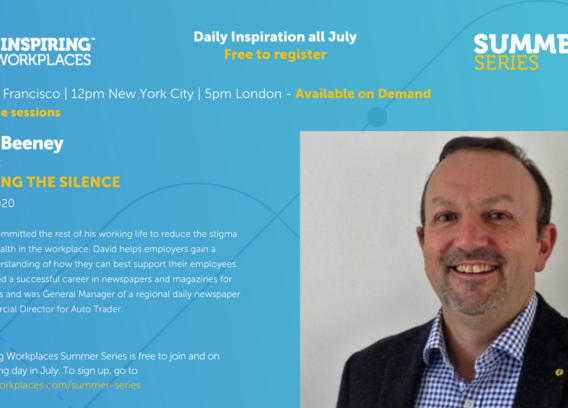